Timeline posts are a chance for me to get my life in order.  Literally. 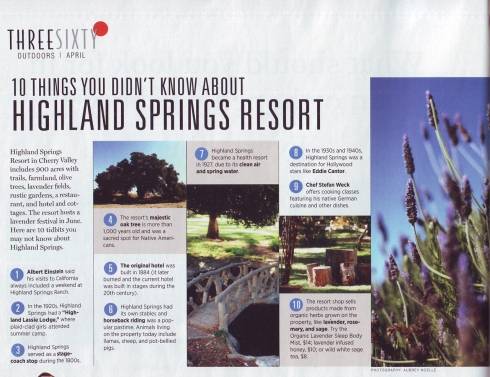 As the Fall semester of my senior year at A&M started, I found myself boarding a plane headed for Ontario, California. I had accepted an internship at a camp/school in the hills of SoCal. I had no idea what to expect but figured California was a fabulous place to spend four months. If it was terrible, I’d be home by Christmas.

The camp was housed on the grounds of a Korean evangelical retreat center and resort. Often, we would be packing up for a weekend in Joshua Tree while serenaded by an a cappella version of Our God is an Awesome God with an Oriental flair. There were horses, ostriches (known to escape), cows across the fence, and an aviary that contained mostly chickens and doves.  CHOSS was simply a renter and keeper of the grounds during the week until retreat guests showed up Friday nights.

We staff lived in Smurf Huts… little cottages from the 50s (?) with shower heads at about 4ft high. My hand to heaven, there is still a 5-foot long centipede hiding in the walls of my cabin shower.  My dislike for showering may, in fact, be traced back to here.

I got poison ivy in my blood the second week of training and spent the next month on steroids and looking like death. No matter. Our weekends were spent camping and climbing and hiking in Joshua Tree… or in Sequoia National Park with foot-long inchworms… or anywhere in between.

Note: if you’re going to go to Vegas on Halloween, go as a pregnant bride. We were serenaded at every hotel. I was just the family doctor along for the ride in case the vampire Elvis baby came early, but no one ever questioned us. I don’t think the city even realized it was Halloween.

I was the designated driver to and from a PHISH concert, I bought my first pair of Chacos (still in service), I was introduced to the beauty of Trader Joes.  I went on my first mountain biking experience, I learned to compost, and I experienced my first earthquake and Santa Ana wind destruction.

In between weekends, we taught. We all taught. Science and archery and ropes and environmental classes to California’s 5th and 6th graders. I taught rich kids from Beverly Hills (imagine my surprise when Elliot’s mom showed up at my cabin late Friday night early to pick up Gabby for a gymnastics meet the next day) and tough kids from Erin Brockovich’s Hinkley . I held snakes and identified yucca and counted tree rings and preached water conservation.

I returned to CHOSS for their spring semester, even after graduating, because I missed my friends- vegetarian though they be. Living with AT hopefuls and river guides and medical school dropouts taught me more about educating children and friendship and tofu than I could have ever imagined. I am so very grateful to still call so many of them dear friends, however far away.

In May of 2000, I accepted a job- a salaried job including benefits– with Young Life’s Oakbridge in Ramona, California.  It would require me to leave CHOSS a couple weeks before the end of the school year, which automatically enrolled me in the Farewell Hazing Seminar. My hut was barricaded shut by ninjas with my own furniture, I was ambushed at dinner with a traditional banana cream pie, and I was ungraciously thrown in the pool without my bathing costume. I am so very glad I was not on the receiving end of the chicken in the car or the canoe in the bathroom.

I do so very much miss you all*.

Are you allergic to poison ivy? 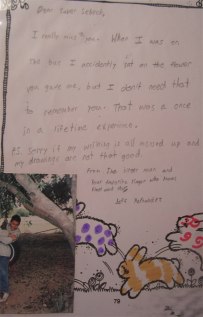 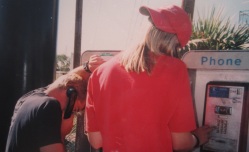 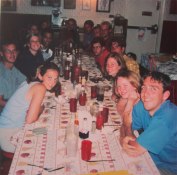 inchworms in the Sequoias 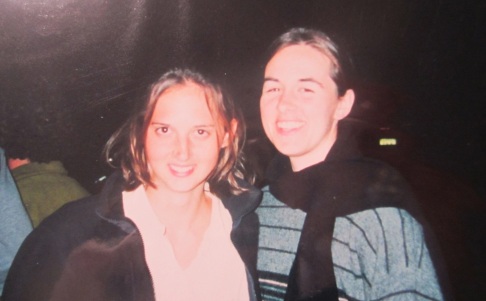 TexasNorth is a little farm in Western Michigan. It's home to 5 chickens, 25 longhorn cattle, a coonhound (Banjo), 1 barn cat, a husband, and 3 ridiculously funny children. The mom of this zoo has been known to mow the lawn in a skirt and roast marshmallows after dark. END_OF_DOCUMENT_TOKEN_TO_BE_REPLACED
This entry was posted on Monday, January 21st, 2013 at 7:04 am and tagged with California, Camp Highland, CHOSS, internship, timeline and posted in family. You can follow any responses to this entry through the RSS 2.0 feed.
« Y’all gonna make me lose mah mind.
mirror, mirror »

talk to me Cancel reply